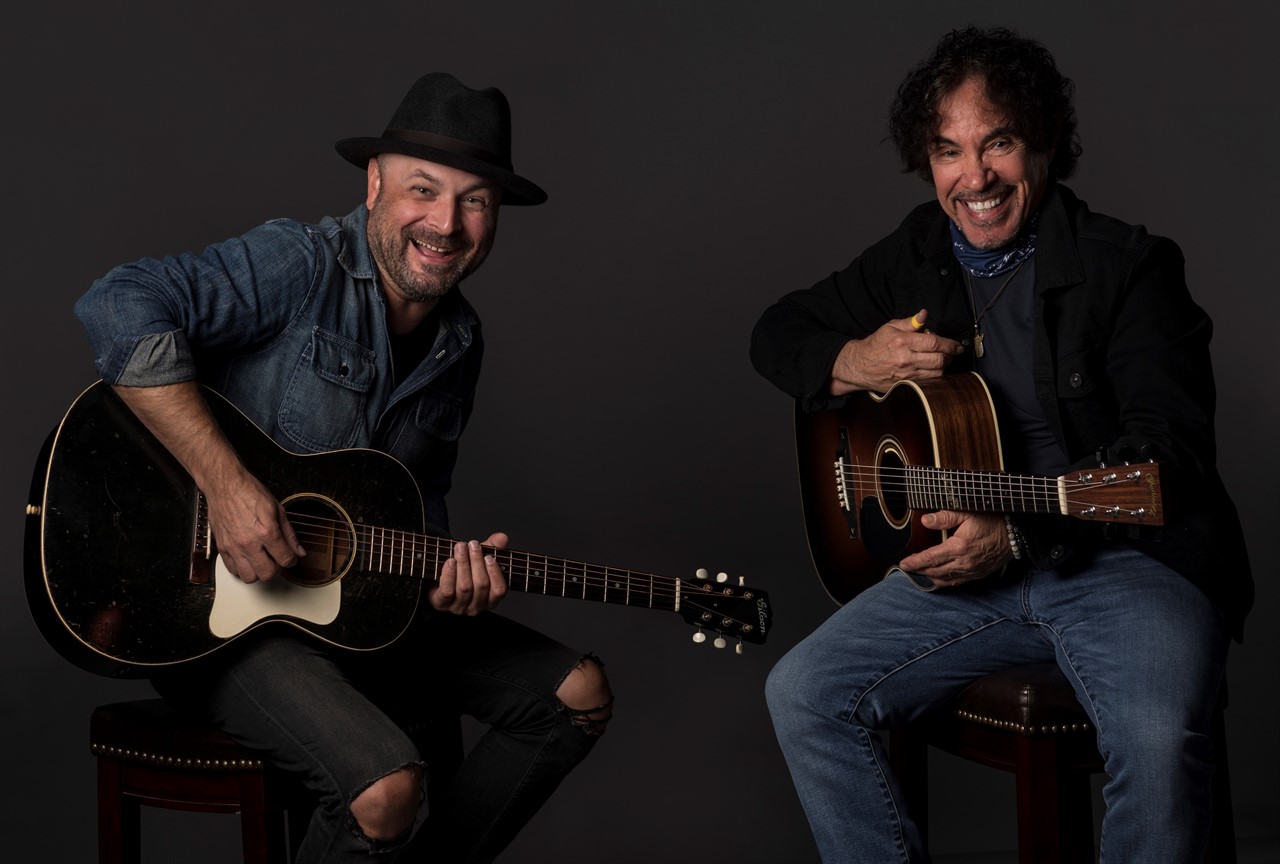 Join us at the Station Inn for a very special, unique and intimate acoustic concert with the renowned John Oates (of Hall & Oates) and guitar star Guthrie Trapp featuring new original songs as well as blues and folk standards with a mix of classic pop.

John Oates is one half of the best-selling duo of all time, Hall & Oates, as well as an accomplished solo artist. He is a member of the Rock and Roll Hall of Fame, The American Songwriters Hall of Fame, recipient of the prestigious BMI Icon Award as well as numerous American Music, MTV awards, and multiple Grammy nominations.

Since forming his creative partnership with Daryl Hall in the early 1970s, they have gone on to record 21 albums, which have sold over 80 million units, making them the most successful duo in rock history. They have scored 10 number one records, over 20 Top 40 hits, and have toured the world for decades. Their involvement in the original “Live Aid” concert and the groundbreaking “We Are The World” charity recording have further established them as legendary artists, who have personally and through their music, stood the test of time.

Since embarking on a solo career in 1999, John has recorded seven solo albums: Phunk Shui, 100 Miles of Life, Mississippi Mile, The Bluesville Sessions, Good Road To Follow, Arkansas and most recently Live from Nashville with the Good Road Band. In addition, his 2017 autobiography “Change of Season” released by St. Martin’s press became an Amazon best seller.

John continues to tour the world with Daryl Hall, and perform solo as both a musician and public speaker. He also produces, collaborates and develops new artists and has recently completed a series of songs for the upcoming feature film “Gringa” to be released soon.

Guthrie Trapp is one of Nashville’s preeminent guitar talents. He is at home with all styles of music and is a naturally soulful and energetic player. He shines as a solo artist, session and touring musician as well as a top educator in the guitar world.