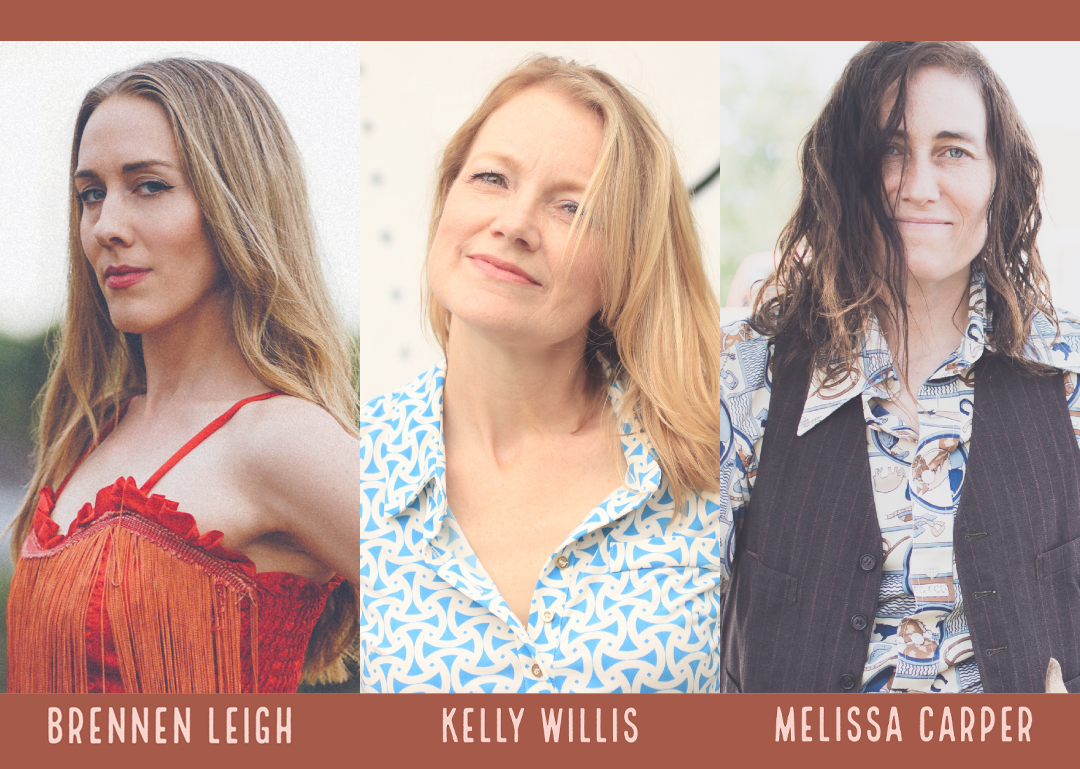 “Together, the three played off each other perfectly, while each proving exceptional in their own right.” –– Austin Chronicle

Kelly Willis, Brennen Leigh and Melissa Carper, all celebrated singer songwriters, have joined forces for a run of shows collaborating on a collection of each of their works. all for one amazing night of music!

BRENNEN LEIGH – “Brennen will carry the torch for REAL American music for her generation, and she’s the best one to do it in my opinion,” says Ray Benson. Brennen’s upcoming release “Obsessed With The West” is set to release May 6th featuring Asleep at the Wheel. The album features 12 original songs that Brennen says, “is my love note to Western Swing; To the rich culture it comes from, as I see it.”

KELLY WILLIS – “There’s no point in being nostalgic for the generic delineations of the past. We are in the present. That’s where Kelly Willis lives, and it’s there that she sings, as keenly and movingly as any singer in the country or pop or rock present,” says No Depression.

MELISSA CARPER – “Melissa is one of the greatest classic golden era country singers and composers of this generation,” says Saving Country Music. Melissa’s most recent release “Daddy’s Country Gold” is just that, 12 glittering Carper originals from the country, western swing and jazz variety. Melissa has a new album in the works for release in the fall 2022.