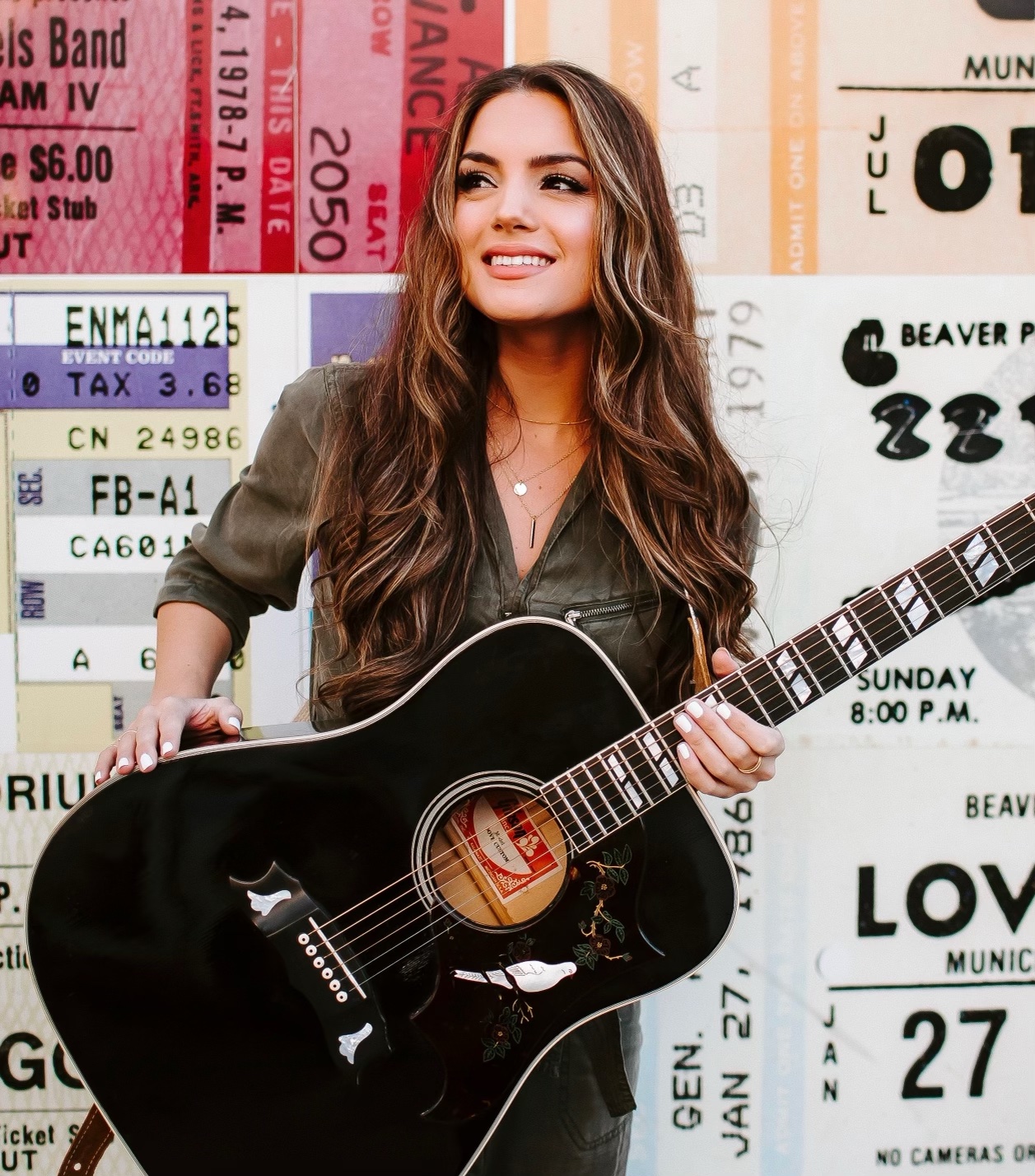 Join us at the Station Inn for a great night of music with Lauren Mascitti!

You might remember Lauren Mascitti from this past season of ABC’s “American Idol.” Mostly known for her solo round performance during Hollywood Week of a song she penned herself and dedicated to her nana titled “God Made A Woman,” she quickly became a fan favorite. During the Top 40 showcase in Hawaii, however, she became part of a history-making and controversial vote for the last spot in AI’s Top 20. Although she didn’t win the vote, putting her in 21st place, outraged Idol fans catapulted Lauren’s newest independent album release “God Made a Woman” to #4 on the iTunes Country Albums Chart within a day of her elimination. Lauren is determined to keep the fire burning bright using her momentum and success from her Idol experience as fuel. #21 just might be Lauren’s magic number…

Years before Lauren Mascitti’s newest release, God Made a Woman, helped build a bridge between the traditional twang of her country influences and the modern melodies of her Nashville contemporaries, the songwriter grew up in the small farm community of Louisville, Ohio, raised on the sounds of her grandparents’ music collection. Her Nana was a fan of old-school soul and gospel music. Her Papaw loved outlaw country stars like Waylon Jennings. Lauren rolled those influences into her own sound, recording her first album at 7 years old and quickly growing into a seasoned performer, skilled multi-instrumentalist, and expressive storyteller.

Nine albums later, Lauren’s story remains grounded in the cultural tapestry of her upbringing. A proud Italian-American, she grew up with the songs of her favorite Italian-American artists, whose classic melodies inspired her own songwriting. Equally inspirational were the Saturday nights of her childhood, when Lauren would often stay up late to watch singers like Crystal Gayle on The Statler Brothers Show. Come Sunday, she’d be at her beloved church, Trinity Gospel Temple, singing in the choir and leading praise and worship in the youth group. Mentored at the age of 7 by choir member Cheryl Jamison, Lauren developed a strong voice and began recording her own gospel albums while still in elementary school. By 12 years old, she had released four solo records and moved to Branson, Missouri, where she balanced her schoolwork with nightly performances alongside gospel singer (and original Oak Ridge Boy) Gary McSpadden. She played six shows a week at the Americana Theater, becoming a professional singer before she was even a teenager.

Meanwhile, Lauren was also growing into a seasoned songwriter. Strumming an old Gibson Dove acoustic guitar that had once belonged to her great-grandfather, she wrote her first songs as a young teenager, drawing not only upon her background as a gospel singer, but also her love of poetry and a lifelong appreciation for classic country music. She started making regular trips to Nashville at the age of 13. There, she studied with renowned vocal coach Brett Manning, played her original music at local songwriters showcases, and began planning her move to the big city. Lauren recorded her first batch of original songs at 15 years old and even scored a hit with “Child of God,” which debuted at number 70 on the national Southern Gospel radio chart. In the meantime, Lauren was still traveling from church to church with her music ministry, as well as anywhere else her Nana drove her.

Lauren eventually did move to Nashville, but not before graduating college with a degree as a registered nurse. “I work with people at different stages in their lives,” she says of her ongoing work as an RN, “and I’ve heard so many stories. The whole experience has inspired me. I’ve learned a lot about people and what they’ve gone through.” During her off-the-clock hours, Lauren continued writing songs, sometimes alone and sometimes with the input of co-writers like Pam Tillis, Matraca Berg, Mo Pitney, Bobby Tomberlin, Wil Nance, Bill Whyte, Ronnie Bowman, Renee Martin, and more. She also struck up a partnership with Grammy Award-winning producer, Shawn Camp, who produced Lauren’s strongest album to date: 2020’s God Made a Woman.

A heavily autobiographical album featuring performances from bluegrass icon Ricky Skaggs, pedal steel legend Paul Franklin, and others, God Made a Woman finds Lauren singing about her childhood stomping grounds (“I Wanna Show You My Town”), her work as a nurse (“Hello Sad Eyes”), and her faith in God (“Ready For The Sun To Shine Again”). The album was recorded at the legendary Butcher Shoppe and engineered by the great Sean Sullivan, with Lauren tracking her vocals alongside a all-star band that included dobro player Jimmy Stewart (Brooks & Dunn), drummer Larry Atamanuik (Emmylou Harris, Allison Krauss), guitar hero Guthrie Trapp (Jerry Douglas, Patty Loveless), keyboardist Peter Wasner (Vince Gill), upright bassist Mike Bub (Ashley Monroe, Vince Gill), fiddle player Aubrey Haynie (The Time Jumpers), and Shawn Camp (Guy Clark, Garth Brooks). The result is an album about a young woman finding her place in the world and in the music industry. Lauren has found her sound, too — a sound that is empowered, eclectic, and similarly soothing as her RN work.

“I grew up with gospel and traditional country,” explains the songwriter, who updates the classic sounds of her childhood on the new record, “but this album is about more than tradition. I want to put a fresh spin on everything, while still grounding it in an earthy, rootsy vein. God Made a Woman is a mix of the traditional and the fresh.”

Lauren has always been fond of the classics. “I’m an old soul,” she admits, “and everything I really love tends to come from a time that’s before my own.” With God Made a Woman, though, she mixes the classic sound of her influences with modern appeal. It’s an honest album grounded in one woman’s personal history — her gospel-filled church services in Ohio; her Nana’s favorite soul songs; her Papaw’s country cassettes; her many performances at Italian-American events like the Dean Martin Festival — with a fresh spin.

God Made a Woman is Lauren Mascitti not only as her most compelling, but at her most fully realized. This is her story, told song by song.