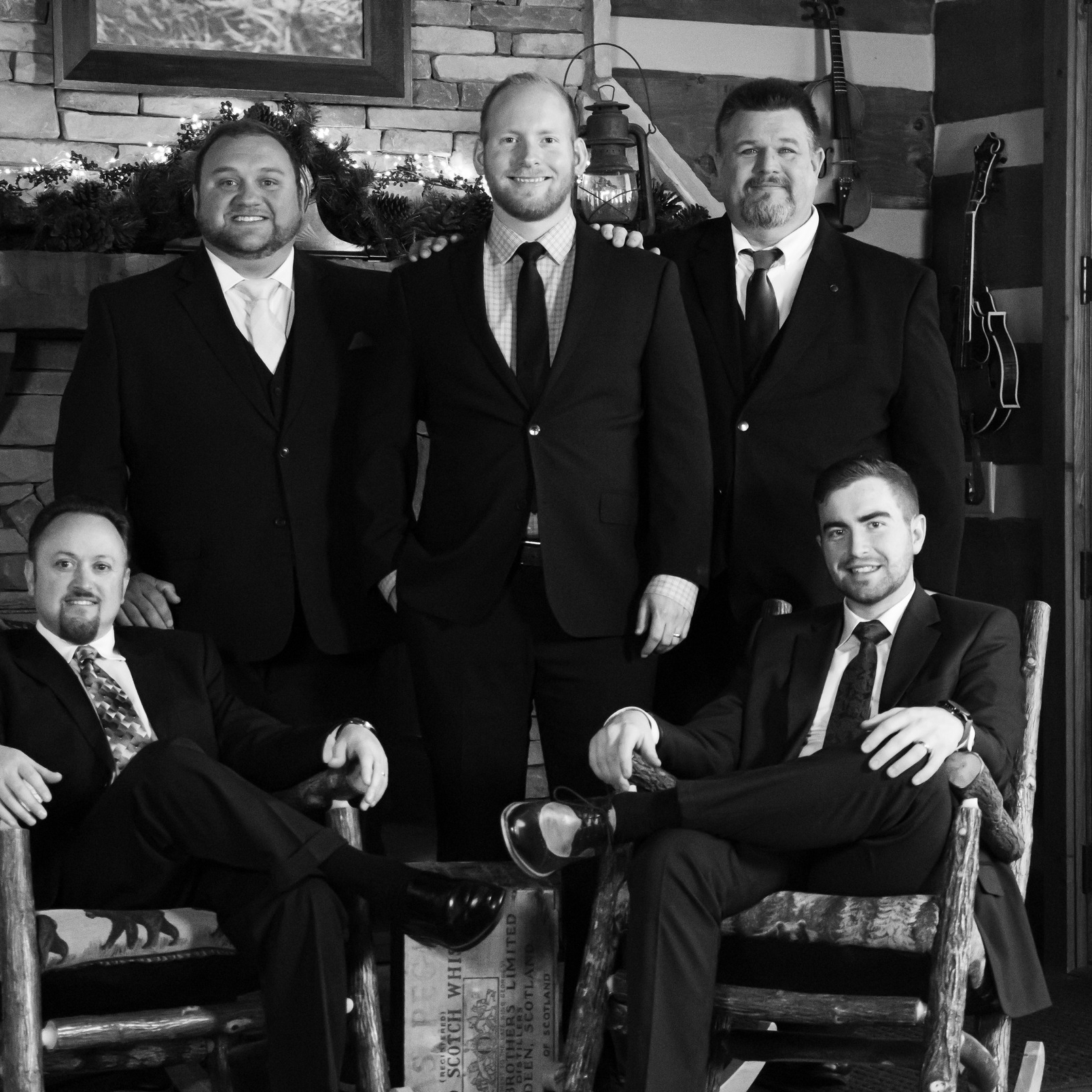 Authentic Unlimited Band offers a powerful and energetic approach to bluegrass music.
Jerry Cole, Eli Johnston and Stephen Burwell were members of Doyle Lawson and Quicksilver until Lawson announced his retirement.  With Lawson’s blessing and guidance, the three decided to pick up the torch and carry it forward.
The roster was made complete with the addition of sensational vocalist John Meador and mandolin extraordinaire Jesse Brock.  Each member of Authentic Unlimited can contribute their musical development through years of experience which began at an early age.
Jerry, Eli and John each share the spotlight as lead vocalist during their performances.  Each band member enjoys writing songs which the band will be performing, giving the band additional authenticity and an unlimited number of original material.  Jerry plays bass, sings both lead and harmony.  At the time of this publication, his artistic portfolio was comprised of 553 original songs. Eli plays banjo, singing lead and harmony. He also has written several songs, two of which were recorded with Lawson’s band.  John plays guitar and sings lead and harmony. According to John, he was singing before he learned to walk.  Stephen loves to make his fiddle sing. He serves as the recording engineer for the band. Jesse has received the International Bluegrass Music Association Mandolin Player of the Year Award twice in his career and adds his special skillset to the group.
Authentic Unlimited is unique in the fact that they write, record and produce their music.  Audiences should expect a crisp, professional and entertaining performance.