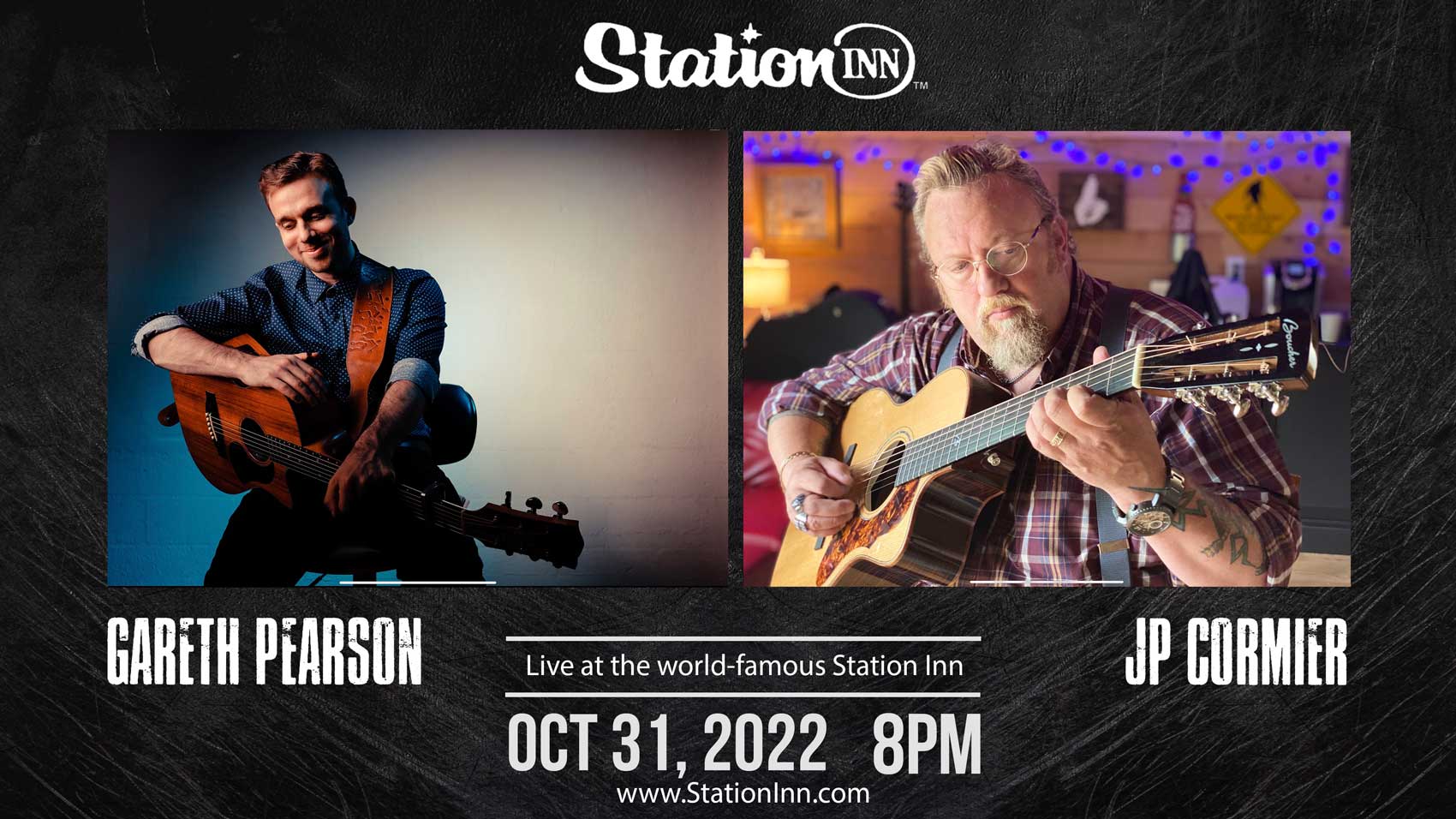 Join us at the Station Inn for a great night of music with Gareth Pearson & J.P. Cormier!

​Gareth Pearson is referred to as “The Welsh Tornado” which is particularly appropriate, seeing as this special talent combines fingerstyle pyrotechnics, with explosive lead runs making Pearson one of the most exciting acoustic musicians gigging today.

Gareth has a distinctive style that can be heard through his creative and innovative arrangements which cover a wide spectrum of genres, including country/folk/classical/pop/rock/jazz/swing and bluegrass music, along with his own beautiful and often intricate original compositions.

Drawing his playing style initially from influences such as Chet Atkins, Merle Travis, Jerry Reed and Tommy Emmanuel, he has developed a style that is both inspiring and entertaining.

Within a year of taking up the guitar, Gareth was opening for Tommy Emmanuel on his 2005 UK tour. It was in Cardiff where Tommy invited Gareth to play at the CAAS convention (Chet Atkins Appreciation Society) in Nashville Tennessee.

Later that year, Gareth was performing and touring alongside Ray Davies (The Kinks), John Renbourne, and Southside Johnny and the Ashbury Jukes. During the Southside Johnny tour, Gareth was invited by Southside to be flown over to the USA to open for his annual New Years Eve concert at the Count Basie Theatre in New Jersey.

The following year Gareth was invited by Tommy Emmanuel to be the support act for his UK tour, following extensive UK supports to Jan Akkerman, Andy McKee and appearing at numerous Folk Festivals and Guitar workshops including the Montreal Jazz Festival.

With appearances throughout Europe and a growing reputation, Gareth was invited to perform at the 2008 Canadian Guitar Festival where he came to the attention of Candyrat Records. This lay the seed for Gareth to be the first UK guitarist to be signed by the label. On its release, Gareth’s debut album “Urban Echoes Vol 1” was selected by Acoustic Guitar editors and frequent contributors as one of the “Essential Acoustic Albums of 2010”.

With Appearances at the 2009 Montreal Guitar Festival, USA and Worldwide tours and Guitar workshops, Gareth’s reputation as a performer and teacher is constantly growing.

At the age of 5, JP began teaching himself to play the guitar. At 9, he won his first guitar competition against 30 other players 4 times his age. By his mid teens, he was playing a variety of stringed instruments, including the fiddle, mandolin and banjo. He recorded his first album of bluegrass instrumentals at 16, which led to 10 years of living and performing in the US. His time there included many memorable nights at the Grand Ole Opry with artists such as Waylon Jennings, Marty Stuart, Earl Scruggs, Bill Monroe, Charlie Louvin and Vince Gill.

Since returning to Canada, JP has released over a dozen award-winning albums. His impressive body of work has earned him a loyal fan base and multiple award nominations and wins.