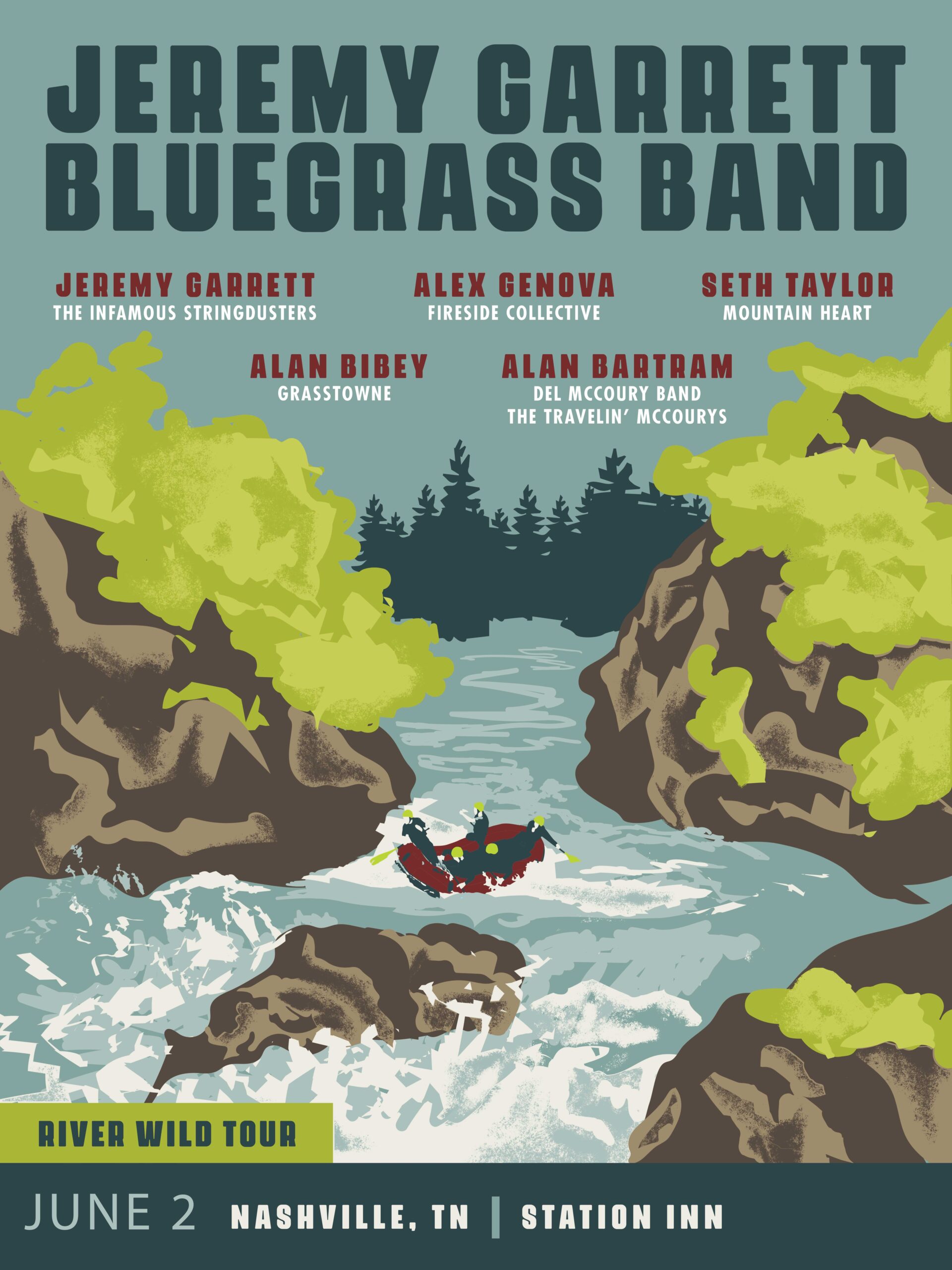 Join us at the Station Inn for a great night of bluegrass music with the Jeremy Garrett Bluegrass Band!

Jeremy Garrett is known as an innovative fiddle player, expressive singer and soul-searching songwriter in the GRAMMY Award-winning band, The Infamous Stringdusters, who broke onto the national scene in 2007, scooping up 3 International Bluegrass Music Association awards, including Album and Song of the Year.  Since then, the group has become a national ambassador for progressive bluegrass, playing to club, theater and festival audiences around the country.

To the fans of the Stringdusters Jeremy is known as “G-Grass” or “Freedom Cobra” for his dynamic stage presence.  When he is not touring with The Infamous Stringdusters he turns his attention to his solo show, wowing listeners by using electronic effects to layer and loop multiple instruments and vocals, which he showcases on his latest album “Circles” released on Organic Records.  Jeremy also performs in all-star line-ups ranging from funk music to traditional bluegrass.

Jeremy has a more intimate side as a songwriter, and has a broad catalog of originally crafted songs.  He has contributed several songs to the Stringdusters, including the title track for their 2014 album “Let It Go”, winning first place in the Folk category for the 2014 USA Songwriting Competition. His songwriting collaborations include Darrell Scott, Oliver Wood (of The Wood Brothers), Jon Weisberger, Josh Shilling, Becky Buller and more.