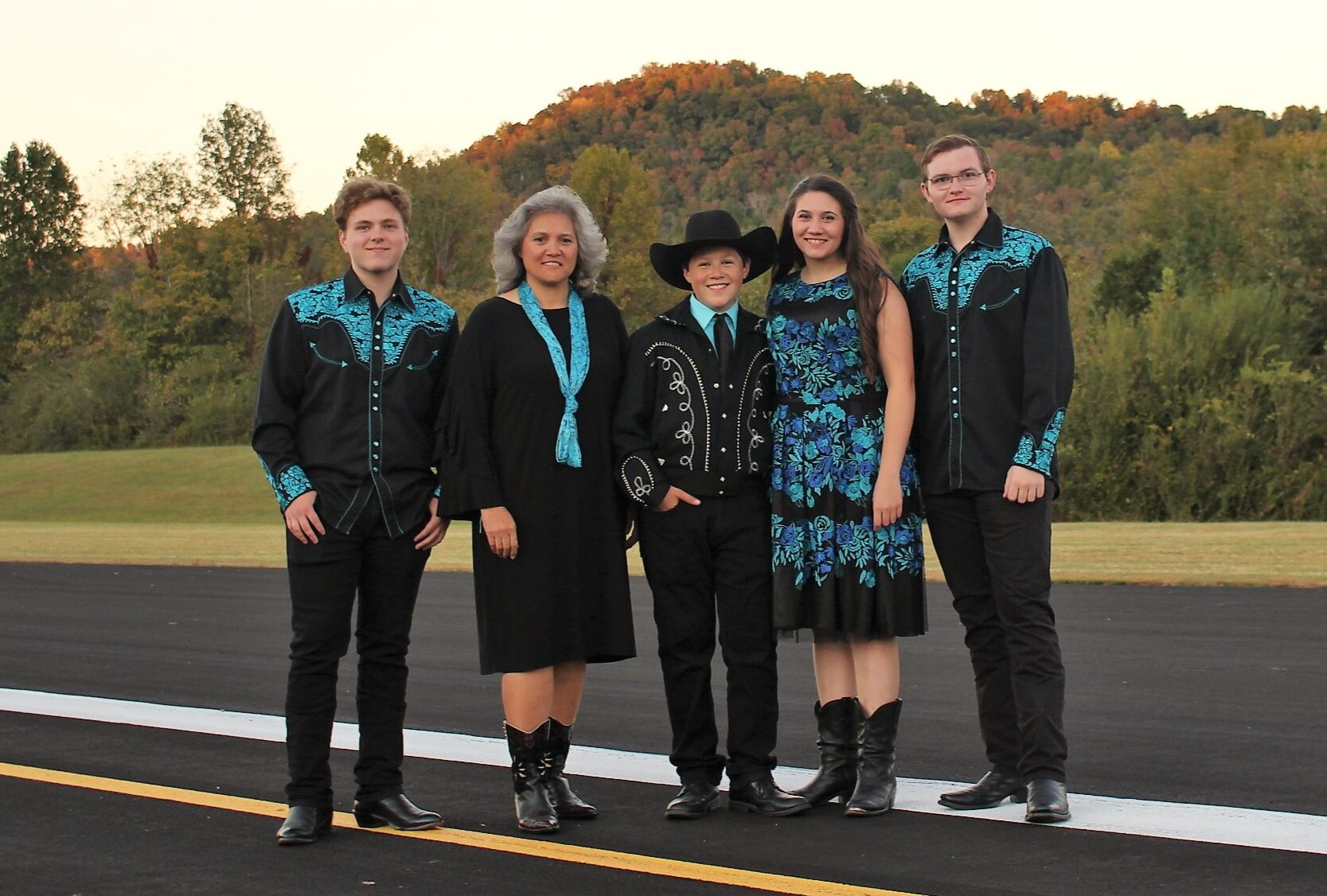 Kentucky Just Us is a national touring band combining Traditional Bluegrass, Classic Country, and Gospel into a sound uniquely their own.  The group features tight harmonies, strong instrumentation, storytelling lyrics, and entertainment no one else can provide. While being young artists they have quickly established themselves as a professional band captivating and entertaining audiences of all ages.  The group has recently discovered a passion for songwriting and have been recording and releasing their original material.

The band released their album “Mountains of Home” in April of 2022.  This album includes material the group has written, including the title track, as well as fresh takes on traditional songs like Fraulein and I Wonder How the Old Folks Are at Home.  Songs off of the album have quickly climbed bluegrass, Gospel, and country charts. Their version of “Rank Stranger” that was #1 on Mountain Bluegrass with David Pugh for 6 weeks in a row.  The entire album “Mountains of Home” was #5 on Airplay Direct in the month of April.  Their first Official Music Video debuted at #13 on The Bluegrass Standard Video Chart.

Kentucky Just Us has performed at many festivals, theaters, and venues across the country including performances at the Country Music Hall of Fame and Museum in Nashville, TN, Rory Feek’s Hardison Mill Homestead Hall, Silver Dollar City in Branson, MO.  Kentucky Just Us received scholarships to the Kentucky School of Bluegrass and Traditional Music from the Bluegrass Heritage Foundation at their first performance at the Bloomin Bluegrass Festival in Farmers Branch, TX.  In 2018 Kentucky Just Us were named the first ever Artists in Residence at the Kentucky Music Hall of Fame and Museum and in 2019 received 1st place in the KSMU Youth in Bluegrass Contest at Silver Dollar City.

After receiving such prestigious honors the group remains humble and dedicated to perfecting their craft.  “We are so blessed with the opportunity to do what we love as a career and we are looking forward to sharing our music with the world,” says Kacey, the fiddle player for the band.  Kentucky Just Us continues 2022 touring full time with performances at events across the country.  They are scheduled to perform at Dailey and Vincent’s American Made Music Festival  performing alongside Josh Turner, Gene Watson, The Isaacs, and many more.