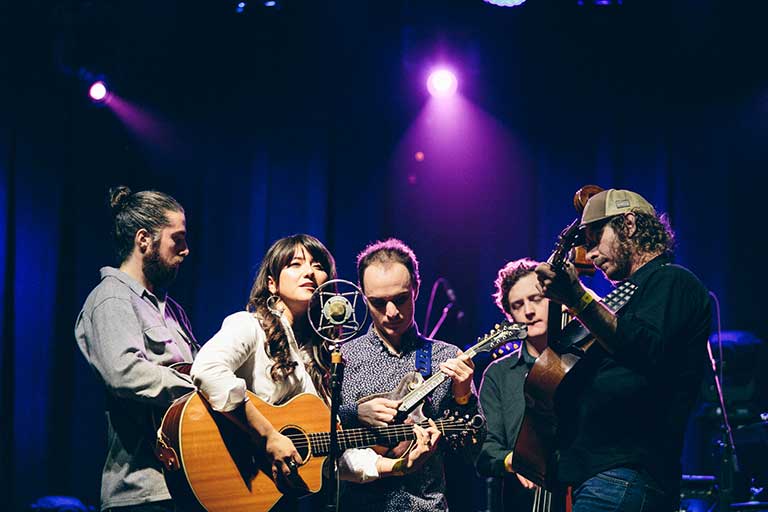 Join us at the Station Inn for a great night of bluegrass music with Never Come Down!

Weaving together modern and traditional styles of bluegrass and americana, Never Come Down is a Portland, Oregon based 5-piece composed of Joe Suskind (guitar), Crystal Lariza (vocals), Brian Alley (banjo), Kaden Hurst (mandolin), and Ben Ticknor (bass). Their dedication to thoughtful songwriting and dynamic arrangements highlight polished technical skills and a commitment to listening to each other. Formed in 2018, the band released their self-titled debut  that year and their second album “Better Late Than Never” followed in 2021. They’ve toured internationally and have found acclaim at festivals and venues such as Iceland Airwaves, John Hartford Memorial Fest, Americanafest, FreshGrass and RockyGrass.