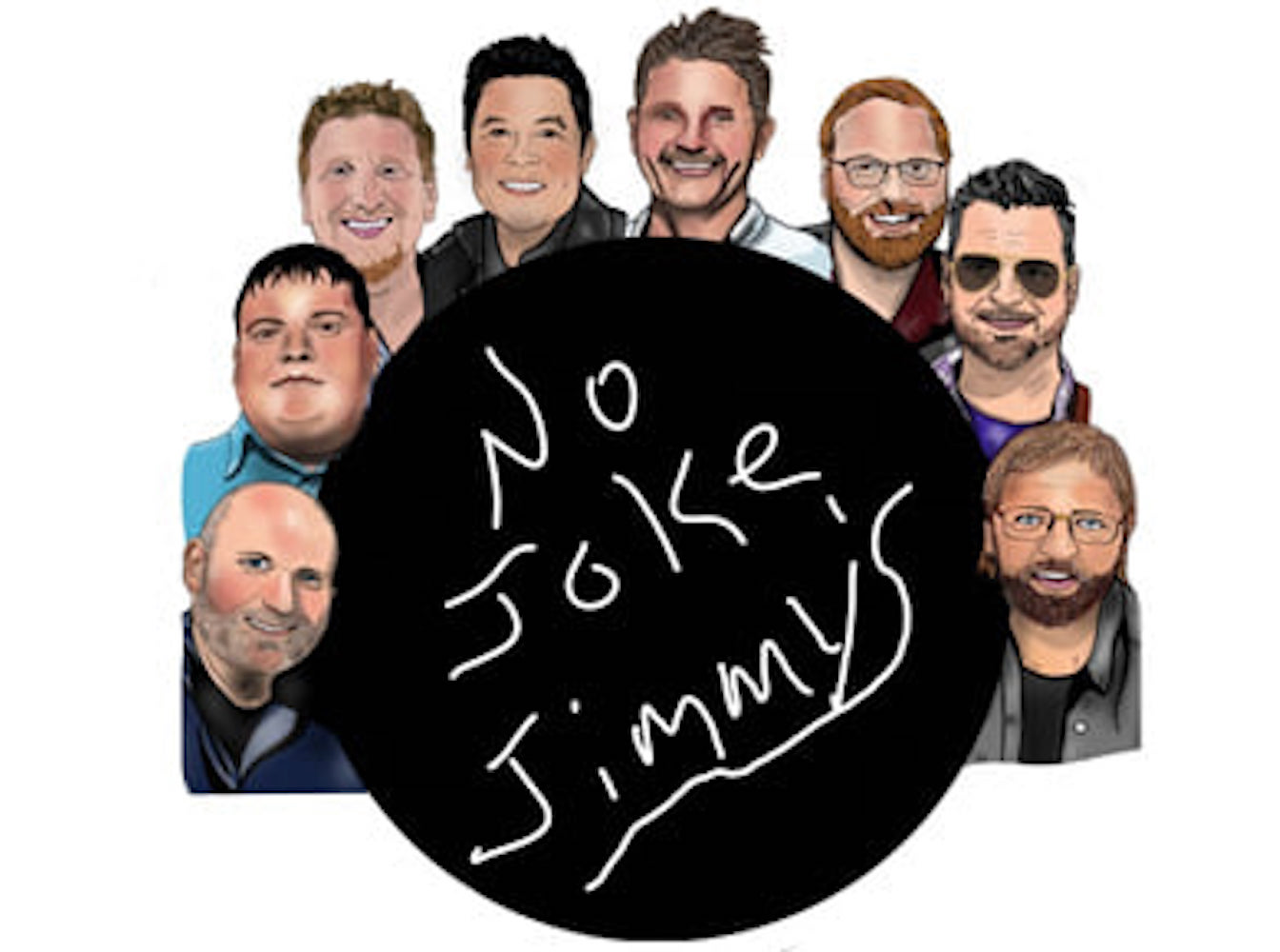 The No Joke Jimmy’s are a new special project band in Nashville, formed by a couple of former touring pros and a handful of current touring artists who are up for some extra good times. The band are the brainchild of Jamie Johnson, ex-Grascals singer and guitarist, and their current fiddler, Adam Haynes.

Jamie got the idea to pull together some of his bluegrass buddies in Nashville, and a few from outside of Music City, when an offer came in. So he reached out to banjo picker Ron Stewart with Seldom Scene; fellow former Grascal Terry Eldredge; Brandon Rickman, recently late of Lonesome River Band; Dennis Parker, harmony vocalist with Ricky Skaggs; Darrin Nicholson from Balsam Range; and bassist Kyle Perkins with Kenny & Amanda Smith.

Join us for a great night of bluegrass music! Doors open at 7pm. Show begins at 8pm. All tickets here are first come, first served at the door. If you are in the area, plan to come down and enjoy live music with a pizza and a beer (or two!)