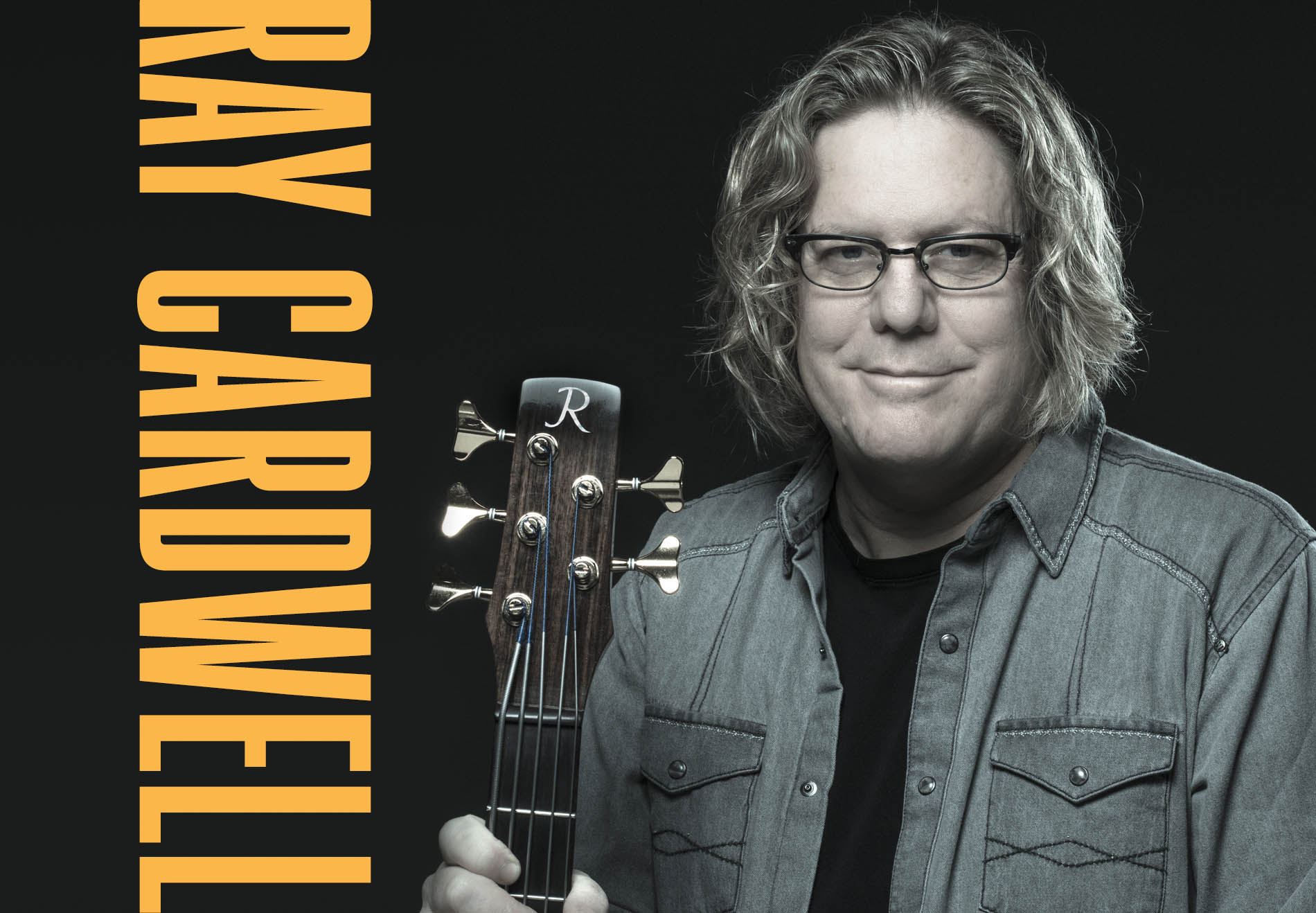 Ray grew up in a family bluegrass band, his father, Marvin Cardwell, was a talented multi-instrumentalist as well as a collector of vintage instruments. The senior Cardwell fronted one of the first live music shows in Branson, MO at Jesse James Confusion Hill in the 1960s as “Marvin Cardwell and the Country Boys.” The group played a combination of traditional country music and bluegrass, performing at county fairs, town festivals, coon hunts, church events, and they even had their own live radio show every Saturday afternoon based in Aurora, MO.

Ray started singing at church and on his father’s show at age three, and in sixth grade he started playing guitar and saxophone. Around 1975-76, Ray and his two sisters, Susan and Nancy, were ready to form a family band with their parents. The Cardwell Family bluegrass band performed in the late 1970s – early ’80s on a variety of stages, including the Mountain Folks Music Festival at Silver Dollar City, Fort of the Osage, Dogpatch USA, and various concerts hosted by Ozarks musicologist, Max Hunter. In the ‘80s Ray was into rock & reggae, working out of Springfield, MO and in the Midwest as a musician and front man, keyboardist and sax player. He relocated for a time to Hollywood, CA with Springfield based band Resonance and played saxophone for celebrated songwriter Jack Lee (The Nerves, and writer for Blondie, Pat Benatar, and Neil Young). In 1992 he met some bluegrass enthusiasts from Columbia, MO and started his return to bluegrass with the regional band, Slick Nickel. He moved to Nashville in 1994 as a member of the critically acclaimed, nationally touring bluegrass gospel band, New Tradition. He recorded two albums with the band–one for the Brentwood label (Old Time Gospel Jamboree) and one independently released (Following the Son). In mid ’96 Ray left Nashville to raise a family back in Missouri and returned to college to finish a degree in Music Education. While attending Lincoln University he performed with National Honor Choirs at both Alice Tully Hall at Lincoln Center and Carnegie Hall in New York City.

As a band and choral director he led students to several national competitions with high markings. While teaching he also played with an indie band called Squigglefish – a popular rock/blues/reggae power trio at the Lake of the Ozarks, Missouri.

Rays return to bluegrass came in 2015 when Producer/guitarist Pat Flynn heard a demo of his originals. After meeting with Pat, Ray decided that it was time to return to his roots.

His Debut CD Tennessee Moon(2017) on Pinecastle Records was received with high praise with 10 songs charting on Bluegrass, Americana, Gospel and Folk Charts.