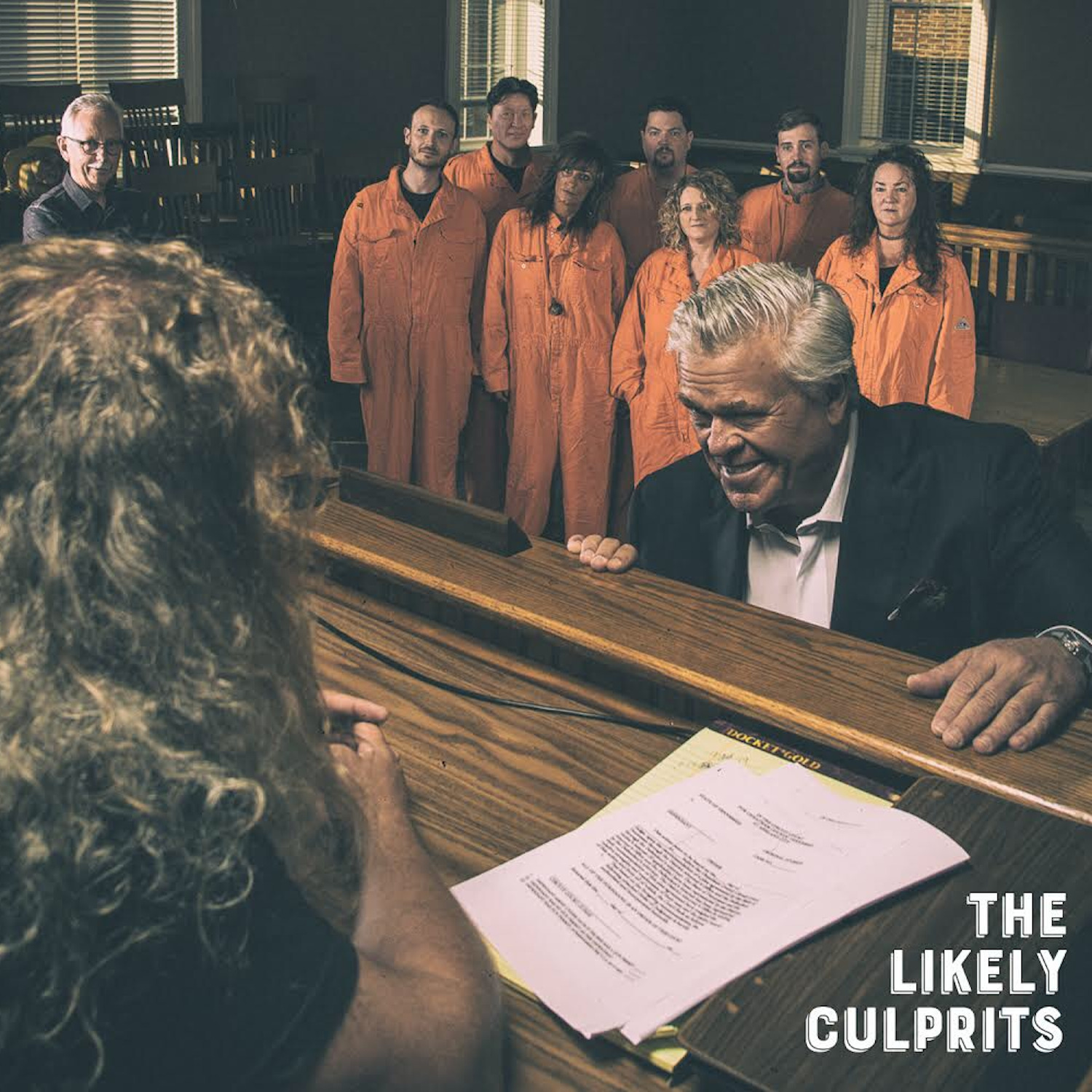 Join us for a great night of music with The Likely Culprits!

“The Likely Culprits” is a seven-member group of close friends who are also some of the most in-demand A-list musicians and artists in Nashville. Their music is a blend of Americana songwriting and R&B influences mixed with bluegrass, folk and country that defies categorization.

The rowdy rebels of the Likely Culprits are:

—Ronnie Bowman, an award-winning country and bluegrass songwriter and bluegrass artist. He has won the International Bluegrass Music Association’s Male Vocalist Award three times and won its Song of the Year twice for “Three Rusty Nails” and “Cold Virginia Night.” In addition to penning No. 1 hits for Brooks & Dunn and Kenny Chesney, he wrote three songs on Chris Stapleton’s multi-platinum album, Traveller, including the Academy of Country Music’s Song of the Year, “Nobody to Blame.”

—Melonie Cannon, a country solo artist who serves as a powerful bridge between traditional country/bluegrass and contemporary country. In addition to her impressive solo recordings, she has been asked to provide background vocals for artists ranging from Willie Nelson and Alison Krauss to Jamey Johnson, Shania Twain and Sammy Kershaw.

—Deanie Richardson, who is one of the most respected bluegrass and country fiddle players in Nashville. She has performed with artists including Patty Loveless, Vince Gill, The Chieftains, Emmylou Harris, Bob Seger, Ry Cooder, Hank Williams Jr., Travis Tritt, Marty Stuart and many more. In 2020, Deanie was named Fiddle player of the Year by IBMA, and is a member of the Grammy nominated band, Sister Sadie.

—Brandon Bostic, who sings and plays acoustic and electric guitar and dobro in bluegrass, country and Americana genres. He has performed in Grammy winner Valerie Smith’s band, Liberty Pike, Blue Moon Rising, and is a member of Patty Loveless’ esteemed band. In 2017, Brandon received an IBMA Momentum Award nomination for Musician of the Year, and won an IBMA Award for Gospel Recorded Performance for “Speakin’ to That Mountain” as part of the Becky Buller Band in 2018.

—Ashby Frank, a roots music vocalist and mandolin player, has recently toured with Mountain Heart, Chris Jones and the Night Drivers and Jerry Douglas’ Earls of Leicester. In addition to performing with Special Consensus, Michael Cleveland, Ilse DeLange and many others, he has written four Top 5 hits, including “The Story of the Day That I Died,” which was recorded by Junior Sisk and nominated for IBMA Song of the Year.

—Garnet Imes Bowman,She started her music career in Nashville as a session singer, and quickly became a “go to” for top country producers and artists alike.  She has worked with Buddy Cannon, Byron Gallimore and Don Cook, to name a few.  Her vocals have been heard in the company of countless artists for studio projects and live shows, including Kenny Chesney, Lee Ann Womack, Chris Stapleton, Dierks Bentley and more.

—Austin Ward, who is one of the most sought-after bass players in Nashville. He toured with Kenny and Amanda Smith and the award-winning band Mountain Heart.

All tickets here are first come, first served at the door. If you are in the area, plan to come down and enjoy live music with a pizza and a beer (or two!)