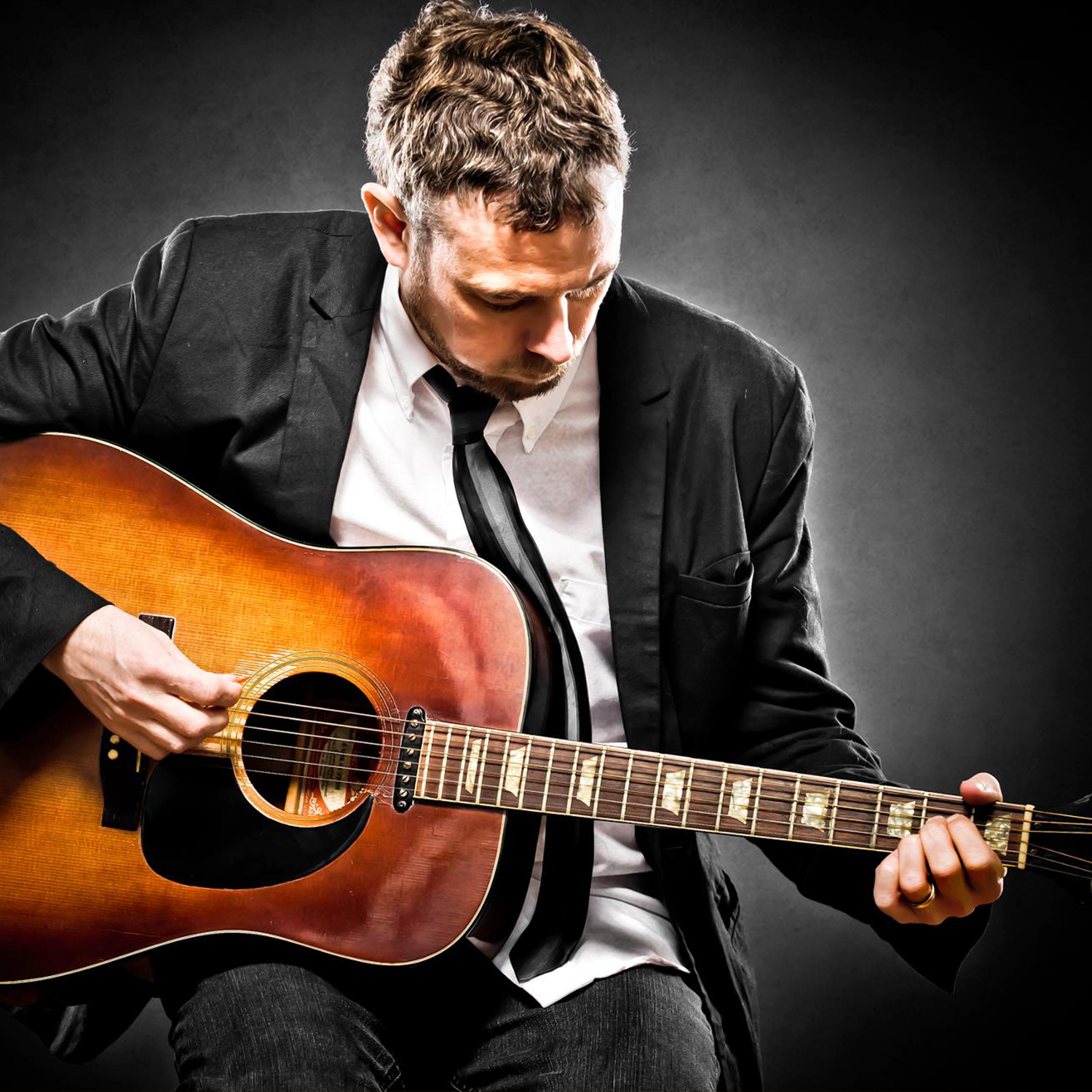 Join us at the Station Inn for a great night of music with Scott Miller!

So says Scott Miller of his tenth studio record since leaving the V-Roys, the 1990s Knoxville-based thinking-man’s party band. The V-Roys caught the ear of Steve Earle, who signed them to his somewhat ephemeral E-Squared label. Band and label collapsed at about the same time. Miller has survived a health scare, scaled back his erstwhile stoically-crazed lifestyle, hightailed it from the city lights of Knoxville, and taken up the life of a cattleman on his family’s Shenandoah Valley ranch. Somehow amid all that, this record is his tenth release under his own name, or that of his post V-Roys band, the Commonwealth.

After junking that Clash of the Titans title, Miller settled on the name Ladies Auxiliary, thanks to the simple fact that everyone involved, save Miller himself, is, in fact, a lady. The A-list of XX-chromosomers includes Whitley and the entire band: Bryn Davies, Rayna Gellert, Jen Gunderman, Deanie Richardson, and Megan Carchman. The record was also produced (and performed on by) Anne McCue, who brings a smidgen of vintage Django jazz and Charlie Christian swing to the arrangements.

In “Lo Siento”, we have an instant Americana classic. As an eloquent lament of the ongoing downward spiral of the working class – and hell, American protest songs in general – this track stands toe to toe with any that has come before it. As someone who grew up in both Tennessee and Texas, I see it as an Appalachian analogue to North Texas / Great Plains songs like James McMurtry’s one-two punch of “Choctaw Bingo” and “We Can’t Make It Here”.

The Dylan-esque quasi-talking blues, incanted as a litany, “Lo Siento” takes on the travails of Spanishburg, West Virginia, a dying town recently rejuvenated by the arrival of hordes of wealthy retirees streaming down from the DC suburbs.

“There’s a lot of Northern Virginians who are retiring and there are towns like the one where my grandmother grew up — Clifton Forge, Virginia (which by the way I’ve always thought would make a great name for a country singer) — but those baby boomers are coming down here after they’ve worked for 25 years for the government and gotten their pensions,” Miller says.

“Someday / Sometime” finds Miller putting himself in the shoes of the father of a late friend of his, “an incredibly smart, talented, pretty girl I grew up with who sealed up her garage, started her car and asphyxiated herself, leaving twin 8 year old girls.”

Miller initially balked at telling the song’s backstory “because I hate it when people introduce songs that are about suicide, because it’s like ‘What the hell, we are already here listening to an earnest singer-songwriter, do you really need to bring us down even more?’”

Most of the collection covers more humorous ground. There’s “Mother-in-Law”, an amusing nightmare that should have those of us not married to a spouse whose mother steals sugar packets at restaurants, whines about spicy home cooking, and whose unshod feet could choke a billygoat, feel fortunate. It’s one of two covers on the ten-song album. The other cover, “With Body and Soul”, finds us back in primordial Appalachia, the Celtic strains still readily apparent in a Scots-Irish dirge made famous by Bill Monroe, though written by Virginia Stauffer, a Michigan-born Nashville songwriter / Murfreesboro Road trailer park manager (and honorary member of the Ladies Auxiliary) Monroe called “Gypsy”. In addition to the covers, there’s also a co-write: “Ten Miles Down the Nine Mile Road”, which found Miller partnering up with Robin & Linda Williams for a kitchen table writing session.

“I don’t think any of us think it’s finished but it’s pretty close,” he says. “’Pleasing the unpleasable’ is a life goal/bad habit I possess. Makes for good songs anyway.”

“Middle Man”, also known as the “Scott Miller Theory of Relativity,” finds Miller waxing blatantly and uncharacteristically autobiographical. It’s a story of a rural kid who went to a school where the first day of hunting season was a holiday, where his TV could pick up only two stations, if it was cloudy enough. Miller turned first to books (the whole family read all the time), and then painting, and then learned to play three chords on the guitar and started telling truths.

“Being well-read with a spark of wanting to be heard meant I didn’t really fit in with what was normal in Swoope, Virginia,” Miller says. “Cry me a river, right? Who DOES fit in when they are a teenager?”

Miller’s “Epic Love” sounds like something Miller’s hero and fellow Shenandoah Valley native Sam Houston would have written in his younger and wilder days, and Miller’s Shenandoah Valley cattleman side comes through on “This River’s Mine / This Valley’s Yours”.

“I’ll take a river through some mountains over the ocean any day, any season, any time, just for the metaphor alone,” he says. “My home county (Augusta) is the largest in the Commonwealth, and has the largest cow-to-people ratio of any county east of the Mississippi. There are no rivers that flow into it. It’s the headwaters of the Shenandoah River (flowing north to the Potomac) and the James River (east to the Chesapeake Bay.) We start everything, baby.”

“I’ve been told my songs have time bombs in ‘em,” he says. “I met this playwright when I was playing in DC a couple of weeks ago and she was all gaga over my writing and she told me ‘It sounds so simple but it’s so complex,’ and that comes from all my love and study of modernist poetry, all these subtle allusions to Sanskrit and [crap] like that,” he says. “I like to pack that [stuff] in there naively thinking that people will get it. But they don’t, and that’s why my career sits where it does. Maybe 10,000 years from now they will be regarded like Cicero’s letters, but I don’t know…”