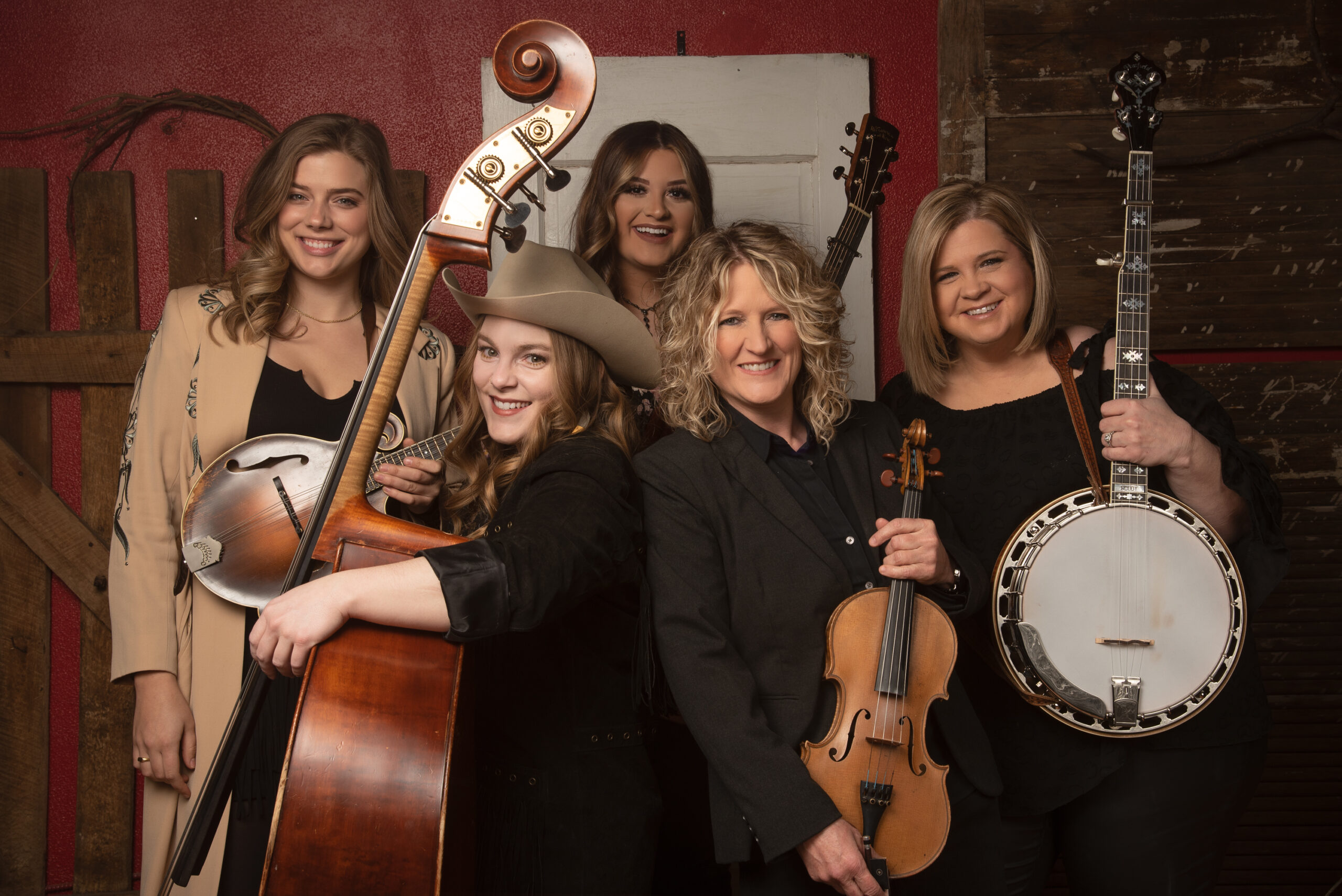 This award-winning group originally formed after playing a sold-out show in 2012 at the legendary Station Inn, located in Nashville, Tennessee. In the group’s nine years as a band, they have gained many accolades.  In 2018, their sophomore album “Sister Sadie – II” debuted at #2 on the Billboard Bluegrass Charts and was nominated for a Grammy in the Best Bluegrass Album category in 2019.  In March of 2019, they made their debut on the Grand Ole Opry and have been regular guests on the world-famous stage since.  Sister Sadie became the first all-female group to be awarded Vocal Group of the Year at the 2019 IBMA Awards.  In 2020, they repeated that award plus took home the Entertainer of the Year Award.  The band is also featured in the “American Currents: State of the Music” exhibition through March 2022 at the Country Music Hall of Fame & Museum in Nashville, Tennessee.  Most recently, the band took home, for the third consecutive year, Vocal Group of the Year at the 2021 IBMA Awards show in Raleigh, North Carolina.

Sister Sadie is made up of world-renowned musicians and singers – Gena Britt on banjo, Deanie Richardson on fiddle, Hasee Ciaccio on acoustic bass, Jaelee Roberts on guitar, and Mary Meyer on mandolin.