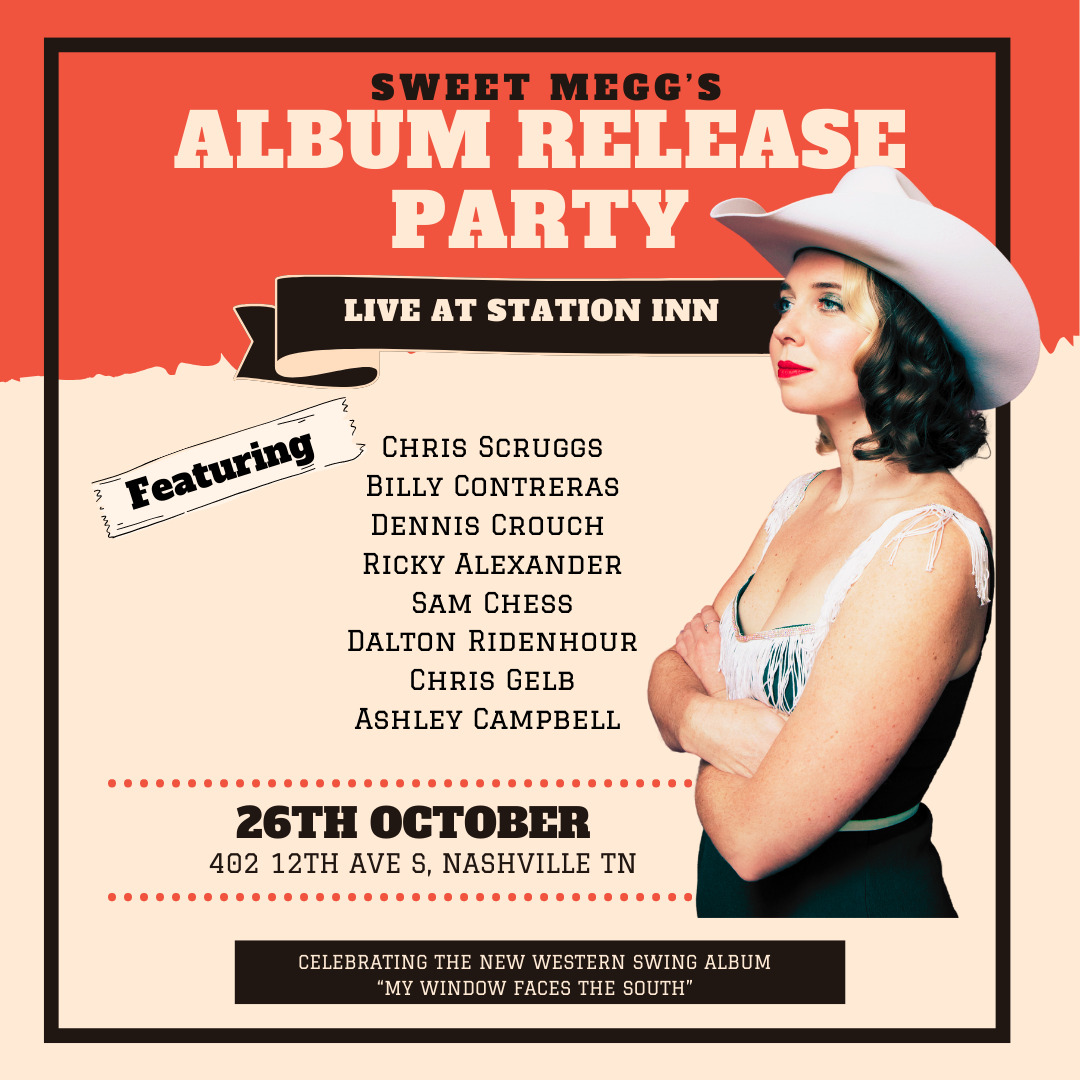 Join us at the Station Inn for a great night of music with Sweet Megg!

Sweet Megg is a vocalist from New York City based in Nashville, TN. She studied jazz in Paris and grew her sound performing in jazz clubs around New York City. She is heavily influenced vocally and emotionally by Billie Holiday. Her songs are influenced by her years as a jazz singer but also by her love of classic country, early rock n roll, and the folk singers of her hometown NYC.

Her next album, My Window Faces the South, is a full Western Swing record. It was recorded in Nashville with an all-star cast of Nashville & New York musicians. It will be released on Turtle Bay Records September 16th and features Chris Scruggs, Dennis Crouch, Billy Contreras, Rory Hoffman, Ashley Campbell, Hannah Juanita as well as many more fabulous musicians.